Since several years, the Trieste International Foundation has a specific program of analysis and research for the possible uses of alternative energy resources. In this perspective FIT and the Department of Engineering and Architecture of the University of Trieste worked together for a feasibility study for the preliminary project “Trieste geothermal energy”. The intention was to make a survey of sciences and technologies in the field of geothermal energy exploitation and use, also as integration with seawater; the specific purpose was to identify possible solutions applicable in the Friuli Venezia Giulia Region (North East Italy) and, specifically, in some areas of the territory of Trieste.
The feasibility study for the preliminary draft “Geothermal Trieste” was carried out in three successive stages: Preparatory phase: multidisciplinary bibliography focused on the European territory and the Peri – Adriatic area
Intermediate phase: integrated analysis and synthesis of documentation and data concerning applications and current prospects of district heating, also considering the information and data acquired during the workshop “Workshop on Geothermal Energy: status and future in the Peri – Adriatic Region” Final phase: technical report that constitutes a proposal for a feasibility study for a preliminary draft to be implemented in specific areas of the territory of Trieste.
In this context and perspectives, in September 2014 were completed also a flyer and a brief document distributed and presented during Trieste Next event on “EnergETHIC” (http://triestenext.veneziepost.it/ ), here both downloadable:
flyer
document 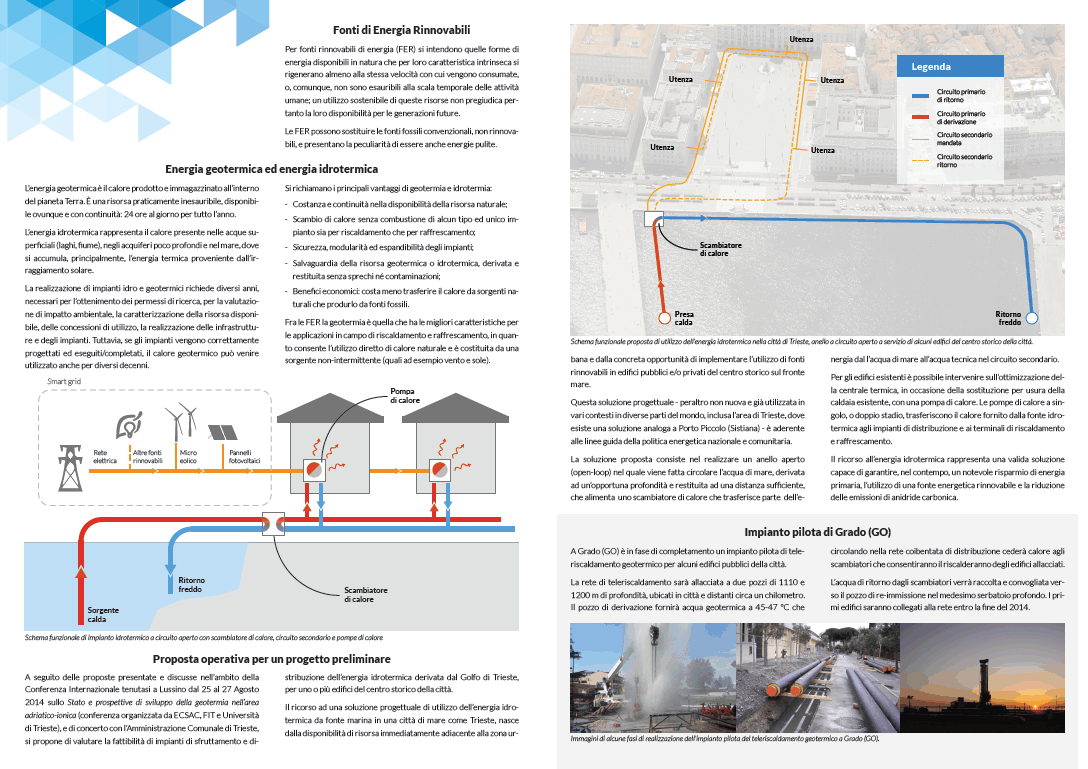 We use cookies to help operate the site and collect information about online activity. By clicking “OK”, you consent to the use of ALL the cookies.
OK Leggi tutto
Manage consent

This website uses cookies to improve your experience while you navigate through the website. Out of these, the cookies that are categorized as necessary are stored on your browser as they are essential for the working of basic functionalities of the website. We also use third-party cookies that help us analyze and understand how you use this website. These cookies will be stored in your browser only with your consent. You also have the option to opt-out of these cookies. But opting out of some of these cookies may affect your browsing experience.
SAVE & ACCEPT